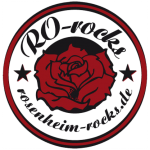 Adrian / ThiefMaster (ROCKYOU.fm): Hi, I'm Adrian of the ROCKYOU.fm webzine - who am I talking to today?
Alestorm: I am Captain Yarrface [Chris] from Alestorm and over here is Swashbucking Pete and Cabin Boy Vernon.

Adrian: So, let's start with something I'm interested in a lot... When can we expect a new album from you guys?
Alestorm: We're writing songs at the moment.. Probably next year, you know, its better.
Adrian: Yeah it's probably better to take some time instead of pushing something out quickly.
Alestorm: Exactly, if we released an album now it'd be dreadful, no one would buy and it would just sound like poo.
Adrian: one justin bieber is enough!
Alestorm: I wish there were two, I wish I had two of them right now [laughs]
Adrian:I guess you can't say much about songs on the new album?
Alestorm: There's gonna be a song about hooks, gin, ... I want to do a song about how all science is a lie and how
Adrian: Creationism?
Alestorm: No, just about how the world is actually flat
Adrian: Be careful, don't fall down with your ship!
Alestorm: So yeah it's basically a song about sailing to the end of the world to prove the world is flat.

Adrian:I If you already make a song about gin, you should really make a song about bacon!
Alestorm: Bacon... I don't know if we should do that.. Should we write a song about bacon? Out bass player is a vegetarian, so... It'd be racist! This is a democracy. Well we'll see. Some might die. And it's racist. We're not racist.
Adrian:I Pirates are not racist?!
Alestorm: Noo
Adrian:I I guess it's better that way
Alestorm: Except Running Wild, they are racists!
Adrian:I Who wants to see Running Wild anyway?
Alestorm: Racists too! Do we have slander & libel laws here?

Adrian: So, since you are already making fun about Running Wild - perfect fit with the next question. When a guy from my magazine reviewed your latest album he wrote something about you having more shouting on your latest album and that Alestorm doesn't have to try to sound like Swashbuckle.
Alestorm: I think.. if he thinks we sound like swashbuckle he's probably a very limited scope of music and should be pitied.
Adrian: Well, in general he liked it, it was just about two songs or so
Alestorm: No I think he's to be pitied, he's a sad man, I pity him. Get new friends!
Adrian: Haha, I'll tell him!
Alestorm: No no, don't tell him, get new friends! Ostracize him, don't speak to him anymore.
Adrian: I'll throw something at him!
Alestorm: Poison!
Adrian: The question is, what kind of poison?
Alestorm: Hm.. dunno..
Adrian: Pirate urine?
Alestorm: What's the most effective poison these days? Strychnine is pretty reasonable.
Adrian: Nah, too easy to detect
Alestorm: Well.. ricine?

Adrian: So.. little semi-offtopic question, but I think it fits well for you. You also play in Gloryhammer
Alestorm: I pretend to play in Gloryhammer!
Adrian: Haha, right, rumours say you play in Gloryhammer! Apparently you even have a swiss singer
Alestorm: Yeah we do, he's definitely swiss.
Adrian: So how is it, spending time on two bands, is it getting stressful?
Alestorm: Since I only pretend it's fine... yeah it's fine, we're not very busy, we're very laid-back, listening to jazz
Adrian: Nice lazy musician life!
Alestorm: Exactly, I don't really do anything, so it's fine
Adrian: Drinking rum, pretending to sing while playback is playing
Alestorm: Exactly! So yeah there's plenty time in the world for both bands.

Adrian: Any plans to do something together with the band you pretend to be in? Maybe a tour together?
Alestorm: That would be a bad idea, I don't think I want to do that.
Adrian: Because you'd have to play in two bands during one evening?
Alestorm: No.. I don't think that should ever happen, I think we'd all hate it, especially me.
Adrian: So I guess there are also no chances of having a cover of a song of the other band?
Alestorm: That should probably never happen as well
Adrian: Well, different style,s maybe it's better that way
Alestorm: Tis better that way
Adrian: I've heard some covers that shouldn't have happened
Alestorm: Yes, me too.
Adrian: I just say one thing: You know Heino?
Alestorm: Yes, I like Heino!
Adrian: Imagine Heino doing an Alestorm cover!
Alestorm: I like Heino, that's be good. I think that should happen!
Adrian: He did cover Rammstein and similar bands!
Alestorm: Maybe we can get lucky and he'll cover us next. Wouldn't that be splendid?
Adrian: I'm sure it'd be fun
Alestorm: Yes!
Adrian: As long as he doesn't come to Wacken again!
Alestorm: Maybe I'll invite him..
Adrian: And drink with him!
Alestorm: I don't think he drinks. Maybe some alcohol-free wine..
Adrian: But I think if he drinks, he might drink you under the table!
Alestorm: Well, let's see! I'd love to drink with him under the table
Adrian: Only drinking under the table?
Alestorm: That depends on the size of the table really. Not this one, I'd never drink under this table [tiny one in the backstage room]
Adrian: I don't think you two wou;d fit, maybe you but Heino? I heard he's quite large.
Alestorm: Yes.

Adrian: So.. any band - whatever your choice, no matter if it still exists or not - you'd love to go on tour with
Adrian: if you could and money wasn't an issue?
Alestorm: Hm... I don't know, what do you think Swashbuckling Pete and Cabin-Boy Vernon?
Alestorm: Band I'd like to tour with... hmm.. Billy Joel!

Adrian: So... we're sitting backstage already and I think our readers are more interested in funny things rather than actual nows. So, any great stories like stuff that happened backstage?
Alestorm: The funniest thing that happened backstage was one time someone put on the music and it wasn't Billy Joel and we thought it was weird so we made him change it. That was pretty good!
Adrian: So no crazy parties with your fans?
Alestorm: What's the craziest thing that happened on the tour? [...] drank some rum, that was pretty crazy! Ah, we really got into sleeping pills, they're so good, you just sleep all the time
Adrian: Mixed with some rum?
Alestorm: Nooo, usually not, that's dreadful, just a glass of water and some sleeping pills and you fall asleep and then it's a wonderful evening, you sleep the whole time! You get to sleep through the whole concert, it's great - you play your show, you get off stage, take a sleeping pill and you wake up the next day, that's the way we like it! Sometimes we take it just before the concert, yeah, just to sleep. Just to see how it goes, take that risk, drug ourselves before the show and see if we survive.
Adrian: Probably best if the guy next to you in the bus like to snore!
Alestorm: Ah, we love cuddling together
Adrian: Yeah, sweaty men doing after-show cuddling!
Alestorm: Oh, we have a shower first.
Adrian: You know what they say in Germany? "Duschen ist kein Heavy Metal" - "Showering is not Heavy Metal"
Alestorm: I think that's one of the major problems with Germany.
Adrian: Yes.. Wacken.. it smells!
Alestorm: Yes, it does. Nobody wants to sit on any of those people's faces. All we want.. seats!
Adrian: Festivals... sitting down somewhere after walking around the whole day with the camera, it's nice.
Alestorm: Decadent!
Adrian: Yes - nothing wrong with being a bit decadent! You know how awesome it is to be at a festival and stay the night in a hotel instead of a muddy tent?
Alestorm: I wouldn't know, I don't go to festivals, I stay at home, I just pretend!
Adrian: Yeah, pretend to be a musician!
Alestorm: Yes!
Adrian: Let me guess, in reality you are a math professor or something like that?
Alestorm: I'm really a con artist, expoiting people!
Adrian: Taking some money from the organizer
Alestorm: Yeah, pretty much, exploiting those people
Adrian: Pirate basically

Adrian: If you guys didn't play music anymore, what would you do, besides drinking?
Alestorm: I'd hang myself. I'd kill someone.
Adrian: Your band-mates?
Alestorm: No... I'd be in a band if I did that I think I might pursuit a career in middle management
Adrian: AKA a slave driver?
Alestorm: Noo, that's racist, I don't like slaves!
Adrian: Slaves can e white too!
Alestorm: That's racist! [laughing]

Adrian: I have another shirt of you guys, white one with a record and "I support music piracy". I think i's a bit controversial to have a band shirt with that text on it, but it was pretty fun and it was a white one which is rare anyway so I bought it many years ago.
Alestorm: I think anyone who actually buys music is very stupid, I don't know why you'd pay for it, it's all the same thing. That's what YouTube's for, just go to YouTube and listen to it!
Adrian: Haha so more seriously, what's your view on YouTube, Spotify, etc.?
Alestorm: It's great, this [Billy Joel playing in the background] is Spotify! Yeah, it's Spotify, here we go!
Adrian: Sometimes there are blog posts from musicians that Spotify is a ripoff because they see almost no money from it..
Alestorm: Well they're probably racists, so.. we don't like them, they don't know what's good for them!
Adrian: I'm not using Spotify myself, but I think it's great to be able to go to YouTube and listen to a song before buying the album. Because really, who wants to buy an album without having listened to the songs?
Alestorm: Me! I do, I love the surprise of the music, I really like surprises!
Adrian: I had some bac surprises with games, where people pre-ordered it and then it's just crap.
Alestorm: Well they've just got high expectations and they should really...
Adrian: You should have high expectations on an album!
Alestorm: No, I think you should expect nothing from music
Adrian: Well you can't be disappointed that way..
Alestorm: Exactly! Everyone wins!

Adrian: Wow, we're already through my little sheet with notes
Alestorm: Oh well, that's a shame
Adrian: Yeah, so quick - the disadvantage of not having a new album, not so much to ask about!
Alestorm: Ah we'll have a new one some day, don't worry about that! It'll surely be full of songs about... rum!
Adrian: I'll surely be back on your next tour after the album release
Alestorm: Splendid! Thank you for this chocolate!
Adrian: Yeah, it's swiss chocolate... I bought it in France, but don't tell anybody!
Alestorm: Hmmm.... ok, "made in Switzerland"